Home › Christian › Storm On the Horizon

Storm On the Horizon 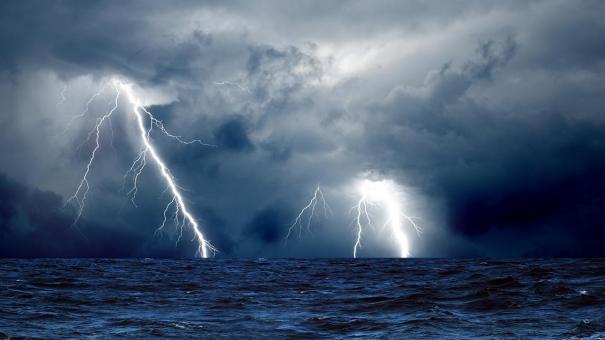 “Nevertheless even among the rulers many believed in Him, but because of the Pharisees they did not confess Him, lest they should be put out of the synagogue.” (John 12:42 NKJV)

It is with a mixture of both joy and sadness that the Lord has placed the burden for the Church – the Body of Jesus Christ – on my heart.  Joy, because it is an honor to pray for the Church as a whole; sadness, because I see many of the failures of the Church.

In my last post, A Body Out of Alignment, I wrote about a brief vision of seeing two massive cog wheels fighting against one another, causing massive amounts of destruction.  I believe the Lord was showing me that the Church – the Body as a whole and within each community – is out of alignment.  As a result of this misalignment, many are becoming discouraged in their walk with the Lord and are exiting the Church.

Yesterday, October 8th, 2017, as I was reading the Bible, John 12:42 leapt off the pages.  “Nevertheless even among the rulers many believed in Him, BUT because of the Pharisees they did not confess Him, lest they should be put out of the synagogue.

There are many who believe in Jesus but because of denominational pressures, peer pressure, or plain disobedience, are denying the power, the unction, and the leading of the Holy Spirit.  Out of fear of being put out of their community church or being removed from a current position, many are opting to follow after a religious idol rather than allowing God to have rule and reign over their hearts.  Like the Israelite’s out of Egypt, they dance around the golden calf of self while claiming their love for the Lord.

I truly believe that we are living in the last of the last days.  I am not so foolish as to set dates for the return of our Lord Jesus.  However, I am a season setter and I truly believe that season is upon us.  The time for walking the fence is over.  If you feel the unction of the Holy Spirit to move in a different direction and you have not obeyed, take this post as a wake-up call.  It is not by mistake that you are reading it.

The time to throw out the anchor so that it may catch is before the storm hits.  Make no mistake, a storm is on the horizon and it is terrible.  Do not be as those who try to play catch up after the storm hits.  Be quick to be obedient to the voice of the Holy Spirit and follow His leading.  Be blessed.

8 comments on “Storm On the Horizon”